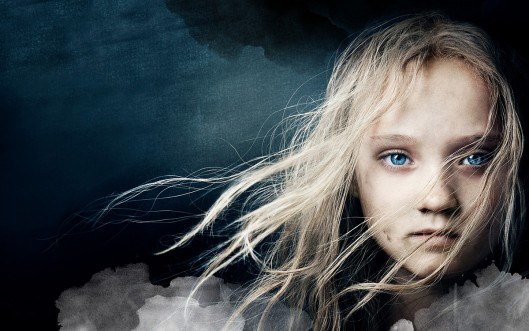 I’m one of those people who would have a serious problem if you were to ask me what is my favourite book, author, song, composer, even genre.  My tastes are simply too broad and I like too many things.  However, if you ask me about my favourite movie I can answer in a heartbeat.  No, it’s not The Lord of the Rings trilogy or Narnia (though I’d give them a close second place).  It’s the 1998 film adaptation of Victor Hugo’s Les Misérables, starring Liam Neeson and Geoffrey Rush.  This movie was my first introduction to Hugo’s epic tale and, while I have yet to read the book, I believe it is the single most beautiful story ever written.  More about that another time.

I am also very familiar with the musical, having watched the 1995 recording of Les Misérables: The Dream Cast in Concert several times and listening to the tape until it left this world for a better place.  This is another area where I can easily tell you my favourite.  Les Misérables has second place, after Phantom of the Opera (in this case music trumps story).

When I heard the musical was being turned into a movie, I was simultaneously excited and apprehensive.

Hollywood is littered with movie-adaptations gone wrong (Harry Potter to name just five (the first two and the very last one was all right)).  I was especially concerned when the cast was revealed.  I have no problem with either Hugh Jackman or Anne Hathaway – I knew both could sing and act – but I have never been fond of Amanda Seyfried and I like only two of Russell Crowe’s films (guess which two).

The Wife and I watched the DVD last night (have I mentioned I live 150km from the nearest cinema and have to wait for most of the good movies to come out on DVD before I can see them?).  How was it?  Let me put it this way: by the second song I was already welling up (real men cry in movies, okay?) and my wife was a continuous stream of tears from Eponine’s death scene (should I have said spoiler alert?) until the final rendition of Do you hear the people sing?  Because Les Misérables is an incredibly emotional story about human suffering, love and grace and the music of Claude-Michel Schönberg along with the English lyrics by Herbert Kretzmer only serves to emphasize this emotion.  Of course, some other stuff also helps.

And the other stuff is worth a mention.  The movie won an Oscar for Best Makeup and Hairstyling and were nominated for Best Production Design and Best Costume Design.  Not having seen Lincoln or Anna Karenina, which won those categories respectively, I cannot say whether Les Misérables should rather have won, but the sets and the costumes were spectacular.  I have no personal experience of post-revolutionary Paris, but I reckon they did quite a good job portraying it.

I have no training in cinematography, so can’t really say anything about the direction, lighting, camera work and the like, but I was able to forget I was watching a movie, and for me that’s the point, so no complaints there.

For the most part the acting (and singing) was also good.  My fears about Seyfried were justified I’m afraid.  For me her high notes had a bit of a screechy quality and I’m almost certain they used auto-tuning to keep her on pitch.  I could be wrong, of course.  I am prejudiced regarding this particular actress.  Luckily she did not have that many songs.  Russell Crowe played the role of Javert pretty well, though his singing struck me as a little forced.  There’s nothing wrong with his voice.  I just don’t think he should consider a career change.

Hugh Jackman and Anne Hathaway’s performances were very good, as is attested to by the one’s Academy Award nomination and the other’s win.  Isabelle Allen was lovely as a young Cosette.  But the most inspired performance for me was Sacha Baron Cohen as Thénardier, the innkeeper.  In fact, Wifey didn’t want to believe me that it’s the same guy who portrays Ali G and Borat – she reckons he’s wasting his talent.  (Incidentally, his was the only character, in a story set in France, who actually had a French accent, which changed to Cockney mid-song.  Actually quite fitting as his character is first and foremost a conman.)  Taking the role opposite him as his wife, Helena Bonham Carter was also her usual, brilliant albeit scary, self.

Of the other supporting actors I have nothing bad to say.  I do want to single out Samantha Barks who played the role of Éponine.  This relative newcomer has a beautiful voice and played her part so well that by the end of On my own I found myself rooting for her to end up with Marius rather than Cosette.  I honestly wouldn’t mind seeing her in future films.

All said, both my wife and I thoroughly enjoyed this film and it is currently topping my Christmas wish list, along with Terry Pratchett’s collection of essays coming out later this year.  In fact, it is taking a fair amount of self-control not to put the soundtrack on a continuous loop on the CD player and I think I’ll allow it to share the spot for my favourite movie with the 1998 version.