Happy New Year.  Don’t you think it is very fitting that I write my first post of 2013 on the seventh day of the year?  Especially since my one New Year’s resolution was to write every day this year.  And sure, I could have written the post and then set it to be published on the first, but honestly, then I’d have had nothing to write about.  Now at least I get to write about not writing.

I wonder where this whole thing of New Year’s Resolutions got started.  (No, I’m not going to check Wikipedia.  That’s a distraction and a writer’s worst enemy.)  In any event, I think the term is a misnomer.  A ‘resolution’ is ‘…a firm decision to do or not do something…’ (Oxford Dictionary).  It seems to me that what we call New Year’s Resolutions are much more New Year’s Intentions, and you know what they say about those…you know, about the road to Hell being paved with something; the good ones at least.  Maybe that’s why so many people fail in keeping their NYRs – good intentions are doomed to failure.  Think about it.  Our NYRs are always good.  The typical list: Eat right, exercise more, spend more time with family, read more books, give back to the community, give to charity regularly, save more, spend less, take risks, get out of your comfort zone, think outside the box, et cetera, et cetera, et cetera.  And, completely daft as we humans are, we usually do the exact opposite of the ‘firm decisions’ of what we were going to do.

So there you have it.  No longer shall I call them New Year’s Resolutions.  Spread the word, henceforth they shall be known as New Year’s Intentions.  Not that it will help, of course.  If your intentions are good, it is a know fact that they are paving the road to Hell, but at least you’ll be calling them by their proper name.  I wonder, by the way, if this principle also applies to people who don’t believe in Hell, but I digress – another example of the writer’s bane.

Thus, without further ado, my list of intentions for 2013:

There.  That should hold me till December.  Let’s hope Newton’s third law applies to the metaphysical world as well.

Have a great (sorry, miserable) 2013, unlucky number be damned! 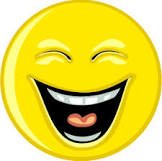 3 thoughts on “On Resolutions and Intentions (good or otherwise)”