For that same reason I started volunteering in the WordPress.com forums, but quickly came to love it and, one day late in 2015, decided to make a career out of it. And that’s how I came to be a Happiness Engineer at Automattic.

END_OF_DOCUMENT_TOKEN_TO_BE_REPLACED

Four weeks ago I was on my way to a foreign country for the third time in one year. But no 28-hour flight to a different continent this time. Instead, just a quick hop across the border to our next-door neighbour, Zimbabwe. Along with a colleague from Cape Town I was representing Automattic and speaking at the first ever WordCamp Harare.

It was amazing. This was only my second-ever WordCamp – the first one being WordCamp Johannesburg a few weeks earlier – and my first time speaking at one, so I wasn’t sure what to expect. What I found were some of the friendliest people I’ve ever had the pleasure of meeting.

There were freelancers, people who work for big internet companies, computer studies students, and folk who just run WordPress websites for their companies, non-profits, or themselves. I was pleasantly surprised to meet several WordPress.com bloggers there as well. Everyone united by a love for WordPress, and it can empower them to make a difference in their own, and others’ lives.

As for my talk? I realised I’m out of practice with public speaking – I kept losing my place in my notes and forgetting to advance my slides, and felt glad when it was over. It didn’t help that due to another speaker not showing up and a couple going over their allotted time I wound up in the last slot of the day.

But I received nothing but positive feedback from the other WordCampers, so maybe it went better than I thought. (Or the WordPressers in Harare are just really nice people. I think it might be the latter 🙂 )

Actually, the thing that finally prompted me to write this post which I’ve been putting off for the past month, was a tweet yesterday that my talk is now up on WordPress.tv, so you can go watch it there if you want. It was mostly aimed at people there who built WordPress products – sites, themes, plugins – and spoke about how a little time educating your customers about their WordPress sites can save a lot of time in helping them fix things if they break later.

I didn’t take a camera with, but here’s a few pics I captured on my phone:

The obligatory view from 20000 feet

It’s not a real WordCamp without shirts… 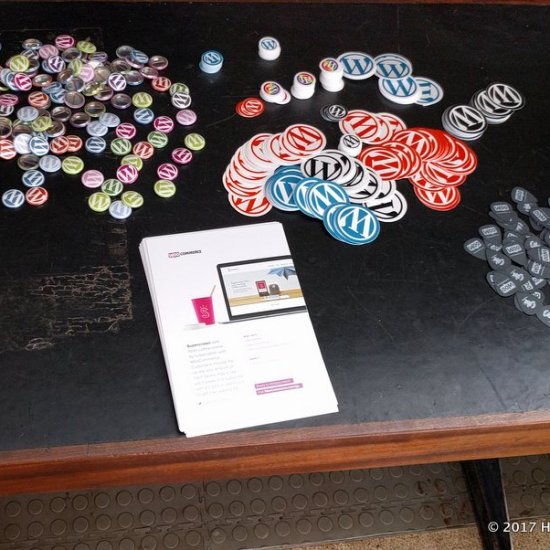 And here I am, for the third time this year, waiting to board an international flight. I’ve flown more this year than my entire life to date.

Where am I off to this time?

I mentioned previously that WordPress is a community, and WordPressers love getting together, from informal meet ups to WordPress conferences, called WordCamps.

This weekend, Zimbabwean WordPressers are holding their first ever WordCamp in the capital, Harare, and a colleague and I are going up from South Africa to represent Automattic and give back to the community by presenting talks. Yes, I’ll be speaking at the WordCamp tomorrow.

Having worked as a teacher and a preacher I’m no stranger to public speaking, but I will admit to having quite a few butterflies fluttering about in my stomach. WordCamps are typically attended by developers, designers, experts in WordPress and everything online. And here I am, a blogger of four years, thinking I can teach them something.

It’s easy to think like that. But I’ve received so much encouragement and support from my colleagues while deciding whether to apply and while preparing my talk. And I’ll be speaking about something I love and know well: helping people with WordPress. So I’m sure it will go well.

I think the real reason is that I had to leave Squishy and the missus behind again. I swear it gets harder each time. I’m only gone two days this time instead of ten, and only 600 miles away instead of thousands and thousands, but I’m already missing them and I haven’t even boarded yet. I guess that’s how it will be leaving home from now on.

Anyway, wish me luck with my talk tomorrow. I’ll let you know how it went.

What you’ve missed so far

Stuff I write about

Grab a hammer for your own blog

To display this button on your own site, copy the code in the box and paste it in a text widget, or add it to a page using the text/html editor.